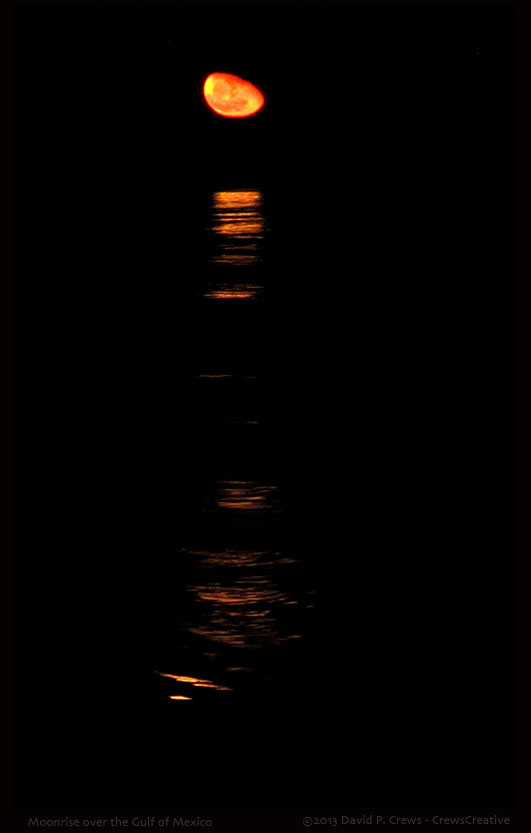 From the swirl of

An image I took of the moonrise over the Gulf of Mexico at Surfside Beach, Texas on October 23, 2013.

A new poem and artwork today.

It speaks of unfathomed dimension and scale in the human mind and soul.

Are we so small?

And yet are we many,

Oh so many, glowing here and there?

Tiny swirls of light and bone?

Each contains a galaxy.

Engines that move us,

Our mind looks out of.

Step within to see the trick.

Each the color of a memory.

Hard and cold planets, some

Massive and others minor;

Worlds of water and storms;

Filled with people and stories;

Some we craft with careful

Intention, spinning each one

Renewed by loved lands and faces.

Rush up to surprise us –

Alien visions within our domain,

We wonder who made these

Worlds we did not plan.

Our galaxy is so vast.

The stars within swirl right around

And sing the strands of Life.

They swirl right ’round:

An unexpected dimension within.

A million million stars and worlds

Dance and turn about

We are many and oh so small,

And when each one is no more,

A wide galaxy, a very Universe 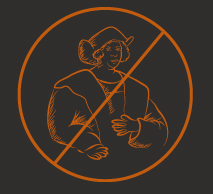 This coming Monday (October 14) is a Federal holiday in the USA called Columbus Day. As a person with some Native American blood and as an American who has worked with and honored native peoples, spiritual traditions, and cultures in the USA and in South and Central America, I refuse to honor it as such.

Christopher Columbus, was an amazing human man – amazingly murderous, greedy, sadistic, and foolish, that is. He caused devastation to the indigenous inhabitants of the western hemisphere that prefigured the terrors and ruin of the Spanish conquerors to come. He was truly something on the order of a Hitler or Stalin, concerned only with his own enrichment by any means while treating the people of his “new world” in ways that would make any thinking, feeling person blanch, recoiling in horror.

Over the centuries, he and his story were mythologized and spun to make him into the European noble explorer, finding a pristine new world and bringing goods to Europe while bringing civilization and the Christian religion to the “innocent natives.” If you are not familiar with his true story, this graphic cartoon version from The Oatmeal is a concise and effective primer. This author also offers a wonderful alternative to Columbus Day in the story of Bartolomé de las Casas, titled “Defender of the Indians”: the man we SHOULD be honoring on this day or any other. Please read and share this information with those who still hold the extraordinarily false myth in their minds of a benevolent and honorable Columbus.

Screengrab from The Oatmeal. Click to read the entire thing. It’s good. 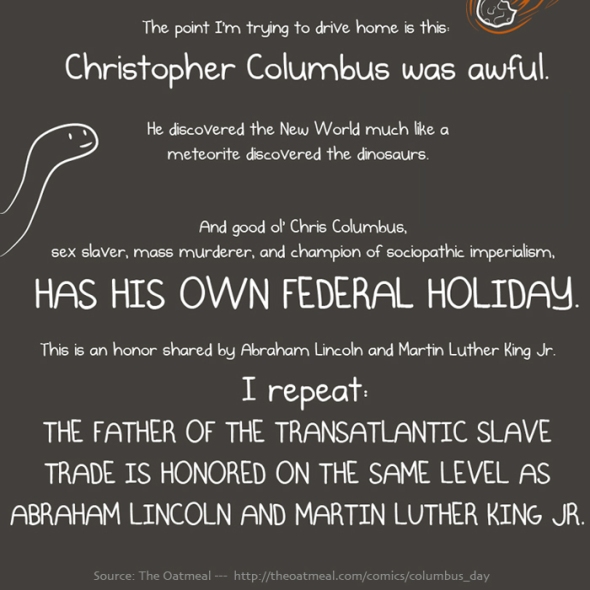 Be sure to click here or on the image and read the entire cartoon.

Columbus Day is simply shameful, and it’s far past time it was changed.