“The time has come for more psychedelic explorers to come out of the closet about the benefits of these life-changing visionary plants. I want to live in a world where exploring a self-improving, 100 percent natural drug doesn’t come with jail time. Where peaceful navigation of different realms of consciousness is a basic human right.”
Genna Marie Robustelli 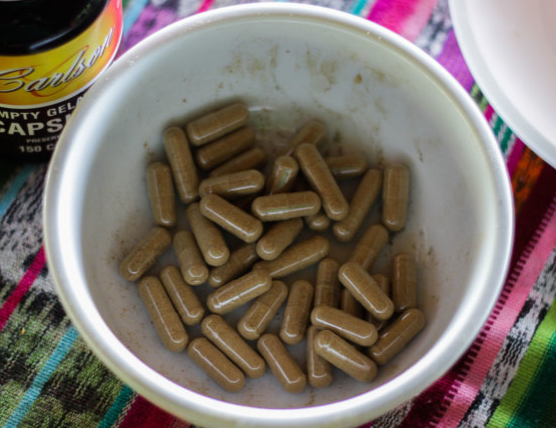 This is from a very interesting article I found in The Tico Times (Costa Rica) from Genna Robustelli, about the effects and healing nature of the very intense entheogen called Iboga, native to Africa. I liked this report because it is focused on the curanderismo (healing) aspects of the experience, both from a physical standpoint and from a psychological/spiritual one. Encountering Dr. Iboga, as with Mother Ayahuasca, can result in a no-holds-barred, hard-core analysis of one’s situation in life and can bring clarity and new commitment to it. These experiences are unquestionably worth the discomforts one endures, but neither is an easy path to take.

Often, so called “trip reports” from psychic or entheogenic explorers can be so subjective or symbolic to that person that they are difficult for anyone else to completely relate to. This includes my own such reports from Ayahuasca experiences. Genna’s report is nicely described and gives what I can perceive is an authentic view of the physical and visionary effects that resulted. Although intrigued by Iboga, I have gravitated to Ayahuasca and felt that Iboga may not be the right path for me. I have to say, however, that I’m tempted by this particular set, setting, and approach. I’d like to see if it could help my own situation and provide another glimpse into that Other dimension that is so tantalizingly close to us, and yet seems so alien to our common lives. Iboga is obviously another powerful chemical ‘technology’ that can reveal the operating system of our souls and bodies – opening Blake’s doors of perception to reveal not only the Infinite, but our very selves within it.

“If the doors of perception were cleansed every thing would appear to man as it is, Infinite. For man has closed himself up, till he sees all things thro’ narrow chinks of his cavern.”

― William Blake, The Marriage of Heaven and Hell

<Link to the article>

I’ve long thought that many UFO or strange light sightings are of natural, earthly origin, if still quite mysterious in their scientific nature. British author Paul Devereaux wrote an insightful book on the matter in 1989 called “Earth Lights Revelation” that links these sightings with fault lines. It is almost certainly what causes things like the mysterious Marfa Lights in West Texas (which I’ve witnessed) and ball lightning. Surely, many standard UFO “bright ball of light” type sightings fall into this category as well. Some new articles with photos about this phenomenon have just been published, including the one linked above. I love the photo showing several such ball lights “floating” above the ground and presumably emergent from a local fault line there.

That said, there are also many sightings and encounters of other phenomena that go far beyond these lights, and which I believe originate in some form of ‘parallel dimension’. This alternate dimension can be accessed, if only with great discomfort and hard effort, through the ritual shamanic use of entheogens like Ayahuasca and Peyote. Graham Hancock’s book, Supernatural, is a great introduction to this concept.

All such adventures are subjective experiences, of course, (at least for now) but there is a large consistency across all such human reports. I offer my own report of such a powerful experience in my series on Ayahuasca, linked in the sticky post at the top of my Home page (or here).