The Pursuit of Other Worlds 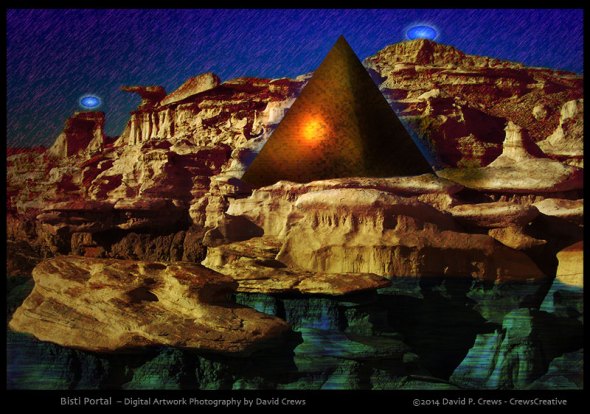 “A creature who has once passed from visible nature into the ghostly insubstantial world evolved and projected from his own mind will never cease to pursue thereafter the worlds beyond this world.”

Meet K’ak’ Tiliw Chan Yopaat, or in our best interpretation of his name: Kawak Sky.

Whenever I’m not focused primarily on landscapes and scenery, travel for me often involves ancient cultures and archeological sites. I’ve been scanning some of my older photo collections, and these images from the Mayan site called Quiriguá came up today. Quiriguá (our modern name for it) is a modest Mayan site in terms of architecture, but its collection of carved stelae and zoomorph stones are amazing.

Quiriguá lies in southern Guatemala, not far from its large rival city, Copán, just across the modern border to Honduras. It was declared a UNESCO World Heritage Site in 1981. Quiriguá was the first Mayan site I had the privilege to visit, and it was a good introduction to the Mayan world.

Kawak Sky was the “k’ul ahaw,” or “Holy Lord” of Quiriguá. This small city was active during the Maya Classic Period from about 200 to 900 AD, and is noted now for its important carved stone monuments. These represent the most dense collection of Mayan hieroglyphic stone stelae known to exist in one site, and the tallest freestanding stone monuments in the Americas. Stela E stands 35 feet high. The local red sandstone is solid and clear of fractures, which allowed the Mayan artisans to carve deeply and in large format.

Quiriguá was a subservient city to the much larger and more powerful Copán until Kawak Sky managed to ambush the elder king of Copán and haul him back to Quiriguá for a ritual execution. This occurred in 738 AD, establishing the independence of Quiriguá from that time forward and making Kawak Sky the most celebrated of its rulers.

It was fascinating to walk for my first time among ancient Mayan carvings and see a real ball court. At that time, I was recently married and we enjoyed climbing the carved stone steps of the central acropolis and listening to the forest birds as we soaked in the strange air of this place. It’s history, often very violent, was so different from our own culture. Yet here it lies, surprisingly close in physical distance to my own home in Texas. I’ve been to a number of other Mayan sites since this, but I never tire of the sense of wonder and history one experiences when actually walking these old cities and monuments.

In the early 1930s, author Aldous Huxley visited Quiriguá. He was also impressed by the stelae, writing:

“And there they still stood, obscurely commemorating man’s triumph over time and matter and the triumph of time and matter over man.”
Huxley, Aldous (1950) [©1934]. Beyond the Mexique Bay: A Traveller’s Journal (Reprint ed.). London: Chatto & Windus. 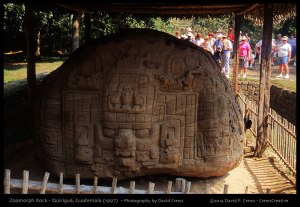 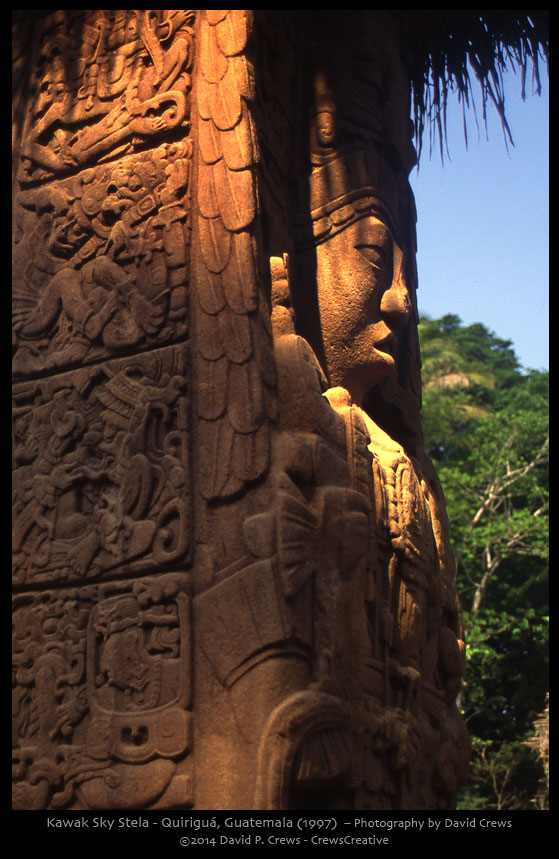 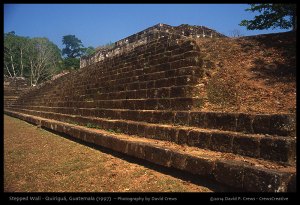 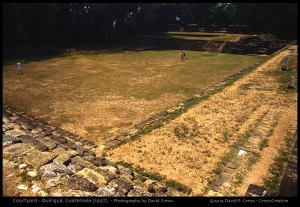 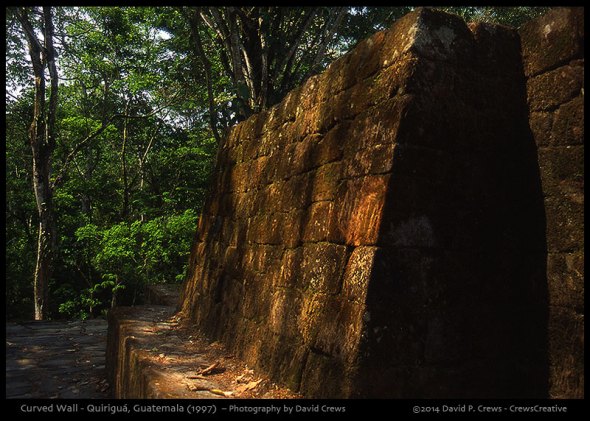 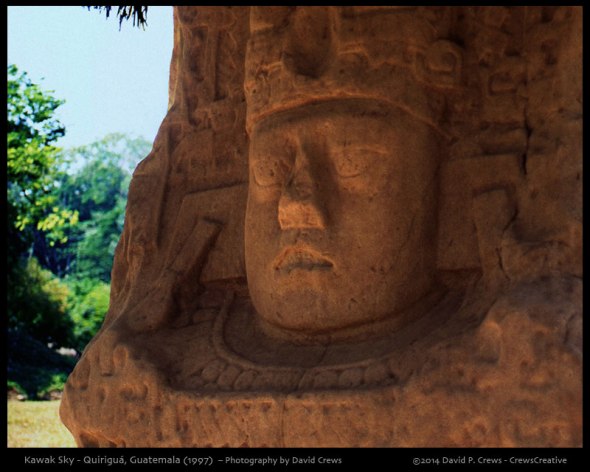