The Incan Fortress of Ollantaytambo 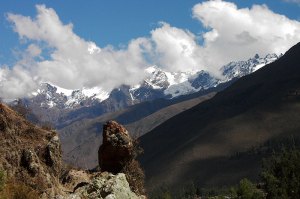 Many visitors to the Peruvian highlands concentrate their efforts on Machu Picchu and Cusco, and give less attention to the Sacred Valley and its extensive Incan ruins. The valley contains numerous historical sites, plus a vibrant living culture. The Valle Sagrado de los Incas resonates with peoples of Incan, mestizo, Hispanic, and other pre-Incan tribal heritages. The valley runs just north of Cusco and lies in between that huge and fascinating city and the citadel of Machu Picchu. 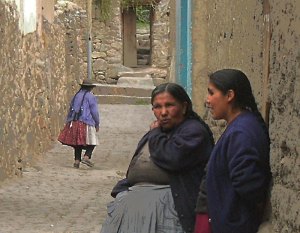 Some of the finest Incan stonework can be found at the amazing fortress at the edge of Ollantaytambo, one of the oldest and most Incan towns in Peru. 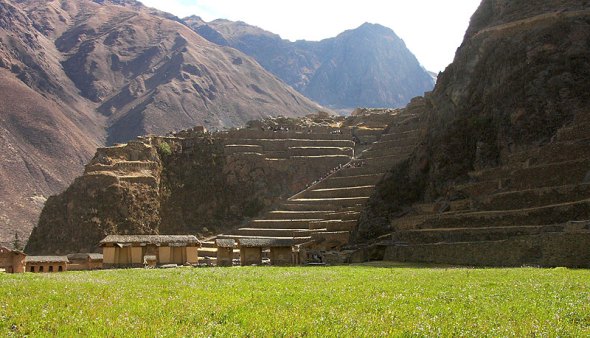 The “fortress” of Ollantaytambo is actually a religious structure, but it did function as a retreat from the attacks of the conquistadores in the 1500’s. It was originally built by Incan Emperor Pachacuti, and last held by Manco Inca, who, leading resistance forces against the Spanish, retreated to Ollantaytambo in January of 1537. The Spanish forces attacked on horseback, but Manco Inca’s band, in a technical tour de force, flooded the entire approach plain with water forcing the Spanish to retreat and regroup. The Battle of Ollantaytambo did not last long. The forces were about even at first – 30,000 on each side, plus about 100 Spanish led by Hernando Pizarro. He returned with reinforcements, but Manco Inca had wisely retreated on into the jungle beyond the Sacred Valley, where the Inca rebellion centered itself until eventual defeat. 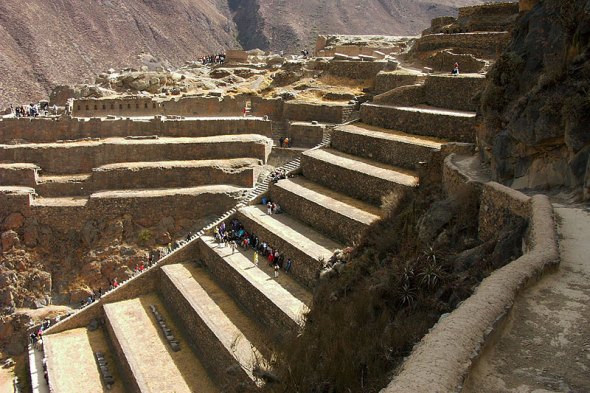 The scale of the terracing here is huge. Look closely in these photos to see people climbing slowly up the tiny human-scale stairs.

At the top is an unfinished temple of some of the most exquisite stonework remaining from the Inca times. The Sun Temple is made with cut and fitted stones of a slightly pink or coral color. 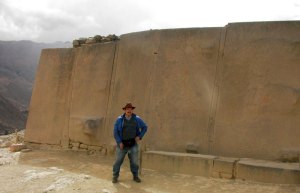 In this photo, I’m standing in front of the “Wall of the Six Monoliths,” with its amazing slender stone sections fit expertly in between larger slabs, all beautifully carved and smoothed. This work was never completed, probably due to the Spanish invasion. 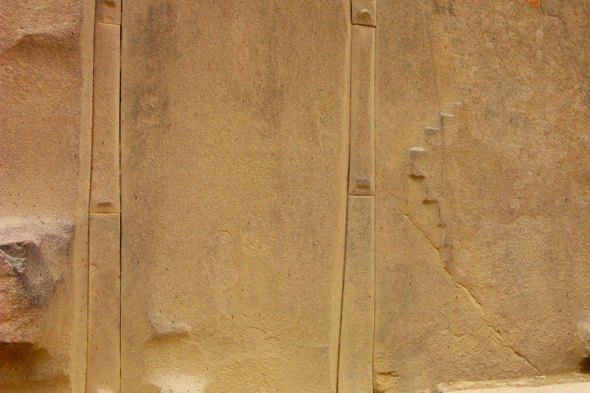 There are several Incan fountains, still functioning, at the base of the fortress area. See my earlier post on these types of fountains and waterworks.

Fountains of the Incas 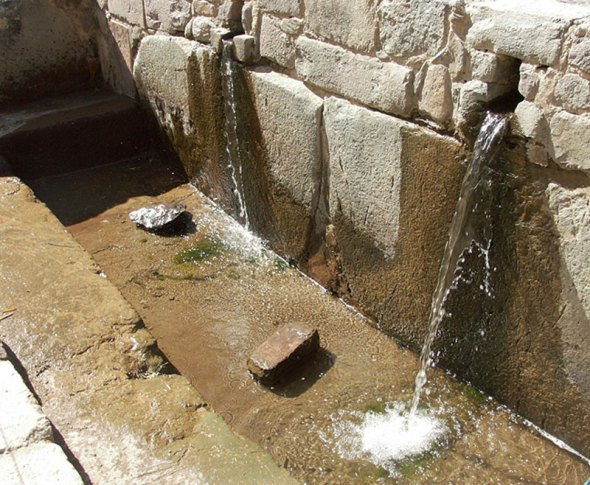 Whatever one’s opinion may be about the Incan empire, it is a fact that they were amazing engineers. Before I made my first trip to the Andes, I was not aware of the sophistication, extent, durability, and outright beauty of the Inca’s stone water works and fountains. Their hydraulic engineering was extensive and very impressive, often surpassing what was being done in Europe during those times. Much of it still functions perfectly today, more than 500 years later. 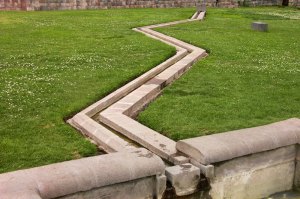 To make sluiceways, they hand carved channeled blocks in solid stone using bronze and stone tools, bringing fresh water from sources to wherever it was needed. They surveyed landscapes and slopes, built water tunnels and reservoirs, and designed sophisticated drainage systems and pipeworks.

This beautiful sluice is in the courtyard of the famous Coricancha, or Temple of the Sun, the most important and impressive temple of the Incan Empire. This was the capital or main center of the empire, and before it was destroyed by the Spanish, the temple was covered, walls and floors, with solid gold. 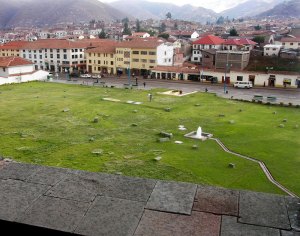 Here in this courtyard, a crop of corn once stood tall, but the corn and the stalks were all made of solid gold. It was a sight that amazed all who saw it, including, of course, the greedy conquistadores. Now, under the Incan stone wall and the Spanish church that replaced the temple, there is only grass and this lovely artistic watercourse made of stone, still pouring water into the Incan fountain today. 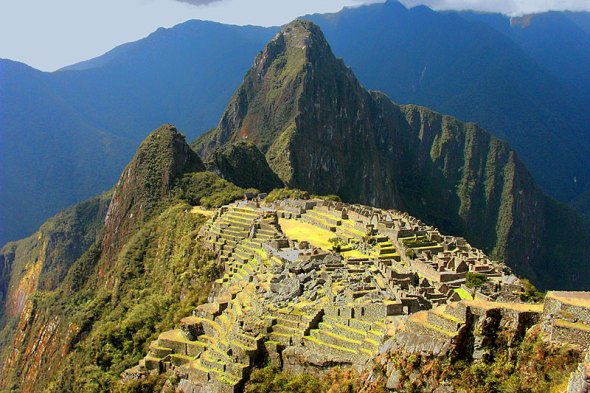 The great citadel of Machu Picchu was a retreat for the Inca himself and he had the site plumbed and drained with great care. A stone canal about a half-mile long brought fresh water from a spring. 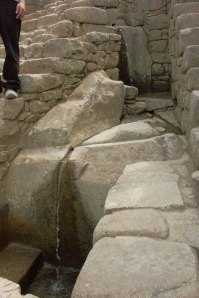 The Inca emperor had the first use of it, then the water made its way down a series of sixteen other fountains for the rest of the city.

His bath water drained off separately to maintain fresh water for all, and the entire city sent its used water off through building walls and other structures into more than 130 drains that nourished their farming terraces. 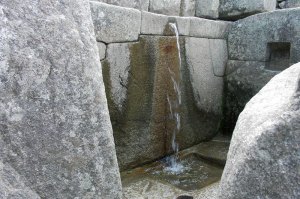 Click on photos for a larger view. More images after the fold. END_OF_DOCUMENT_TOKEN_TO_BE_REPLACED