Will Clergy Want to Experience the Mystical?

Author’s Note: Life has been extremely busy and changing for me lately. I apologize to you who are following me that I have not posted in quite a while. This may continue for a time, but I will occasionally post items that I find interesting. I hope that you will enjoy them, also. 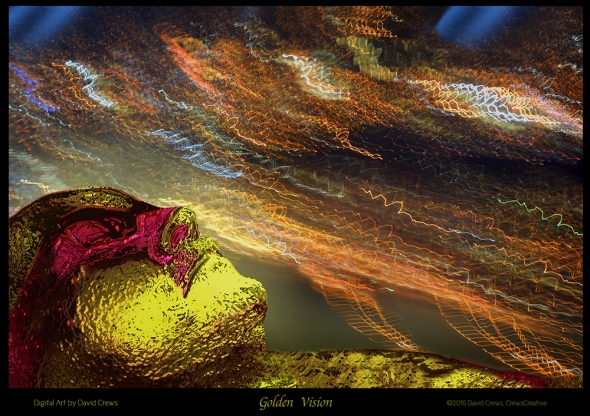 Here is an intriguing article from a Christian site that outlines the plans for a kind of new “Good Friday Experiment” with psilocybin (magic mushrooms) offered to long-time meditators and also to traditional active clergy members.

“Roland Griffiths, a professor of psychiatry and behavioral sciences at Johns Hopkins, is leading the new research, which stems from findings that volunteers who’ve taken psilocybin in a wide variety of research settings often report profound mystical experiences.”

The goal is to see if the use of this entheogen will present to the participants a truly mystical experience–one of the same order as those achieved by practiced meditation masters (in particular).

For many orthodox, traditional clergy, however, accepting this offer would mean facing the first such mystical experience of their lives. It seems the study’s organizers are having difficulty recruiting the clergy members for reasons that can be interestingly speculated upon.

I have never been a member of an official clergy, but my own experiences in living and deep-studying Christianity through my first forty years and also in researching and writing a book on New Testament interpretation, lets me identify with a clergy man or woman who would be in a quite similar life situation when suddenly offered the chance to work with psilocybin. Before I decided to encounter Ayahuasca in the Amazon in 2006, I had never used any form of recreational drugs, not even tobacco or any form of alcohol. I still don’t use those particular chemical “allies” today. As one might expect, my initial encounters with Ayahuasca were raw and force-filled. They were the most intense and life-changing mystical or religious experience I could ever have imagined. The experience was not “fun.” It was fear-facing, awe inspiring, and love-power-energy filled. Like prophets of the Old Testament, I trembled and threw myself on the ground. I passed tests and followed a symbolic path to personally encounter and interact with a true Spirit Being. It was far more than and vastly better than anything I had expected, but exactly what I had hoped and worked for.

It seems that my attitude towards encountering the unknown is rare. In the case of this new Johns Hopkins experiment, the clergy have not responded to this opportunity to make such an encounter. Mike Young, one of the participant subjects in the original 1962 Harvard “Good Friday Experiment” speculates:

“It’s still the kind of thing clergy are scared to death to get close to,”  he said. “We’ve portrayed drugs as demonic for so many decades. … It’s still toxic.”

Citing a book titled: Sacred Knowledge: Psychedelics and Religious Experiences, by Bill Richards, a veteran psychedelic therapist who is working with the team at Johns Hopkins, a more profound reason is speculated for the reticence of clergy to engage in this study:

“Could it be that a factor is fear of encountering what the theologian Paul Tillich called ‘the really real God’? ‘Revelatory experiences may have been fine for Isaiah and St. Paul, but for me?’

It takes a great deal of courage and a proactive attitude of desiring truth at any cost to take on a personal expedition to meet, perhaps, God himself, or to find out that the idea of God one has in their mind is inaccurate–or is something Else altogether.

Ayahuasca and Psilocybin (and the other natural holistic spirit medicines) are not for everyone. Although often misused as such, they are definitely not for “recreation” as drugs. Rather, they are a technology for entering the unknown. They are like a cosmic icebreaker designed and capable to take the intrepid explorer on an extreme challenge to an alien land. It very well may be a challenge to their primal understanding of reality and of themselves. That is scary. No question about it.

“I would rather know a fearful truth
than to remain deceived by comforting falsehoods.”
(David Crews – 1990)

I will be soon returning to the wondrous landscapes of the Four Corners region here in the US, especially to the sacred, sculpted redlands of southeastern Utah. I’ve been drawn to this amazing land since the mid 1970s, and I return here as often as I can. The great National Parks of Canyonlands, Arches, and Capitol Reef (not to mention Zion and Bryce Canyon further west) are the heart of this unique topography. It is a place of great beauty, danger, adventures, and an almost visceral spirituality.

The part of this country that is in Navajo hands, such as Monument Valley, is and always has been utterly sacred to them. All of it feels sacred to me. There are many special places I like to go in this high desert, but there is one private spot I picked many years ago that I reserve for my own meditation and shamanic journeying.

I’ve posted the original photo of myself in this spot before, but recently I was experimenting with the new Deep Dream code from Google. They use it to search, organize, and perform image recognition on their vast image databanks. It can also be used to create strange, visionary alterations to existing images, such as mine. I used several Deep Dream “filters” to create multiple versions of this photograph, then I chose parts of each to make the final combination.

I like this kind of processing when used artistically. It is, obviously, best suited for visionary or psychedelic style images like this one.

I’ll post much more (traditional) photography (like the one below) of these special landscapes upon my return in August.