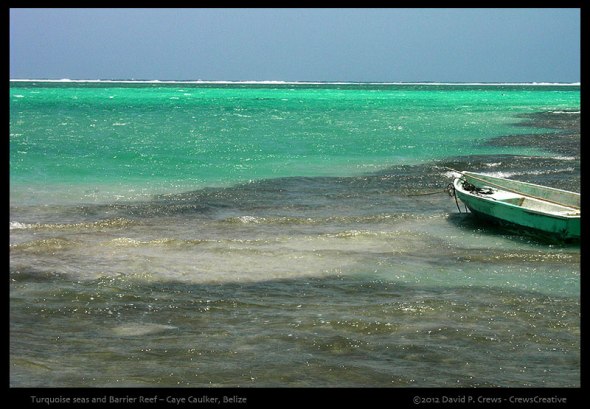 “It is said by the Eldar that in water there lives yet the echo of the Music of the Ainur more than in any substance that is in this Earth; and many of the Children of Ilúvatar hearken still unsated to the voices of the Sea, and yet know not for what they listen.”

My photo is from Caye Caulker in Belize, Central America. The breakers on the horizon mark the location of the second largest barrier reef in the world after the Great Barrier Reef in Australia. The colors of the waters in the Caribbean never cease to amaze me and no photo ever does them justice. 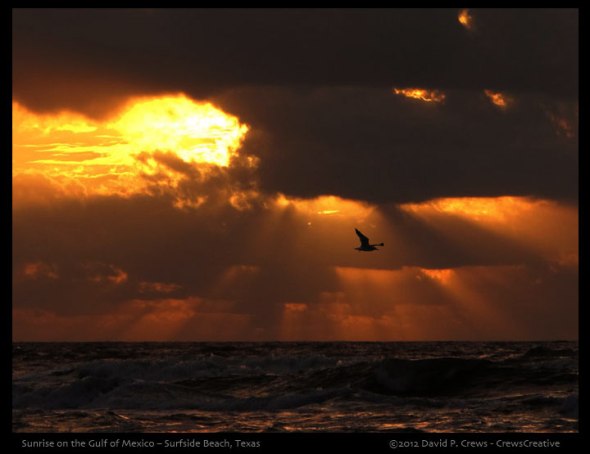 Lost — Yesterday, somewhere between sunrise and sunset, two golden hours, each set with sixty diamond minutes. No reward is offered, for they are gone forever. – Horace Mann

I recently returned from a two day getaway to do some writing at the coast – in this case, USA’s “third coast” in Texas at the Gulf of Mexico. Having grown up in semi-arid west Texas and loving the great desert southwest landscapes of our country, I have not spent all that much time at the seaside or on the water. Thus, it fascinates me and also daunts me.

My eyes are captivated by the water in its ceaseless motion and I delight in the sound of the surf washing over the sands. Like the stone canyons elsewhere, the beach and surf environments, when not overrun by development, seem truly timeless. A single day spent walking the shoreline and listening to the ancient fractal sound of the waves is a time span that might have been a week or a month – or simply extracted from our normal clock-time altogether. As I walk slowly back through the sandy dunes and the susurrus of the water fades into a sudden, stark silence, mundane time begins once again.

It is a good meditation and a healing.

I took this photo at Surfside Beach, near Galveston, Texas, shortly after sunrise.